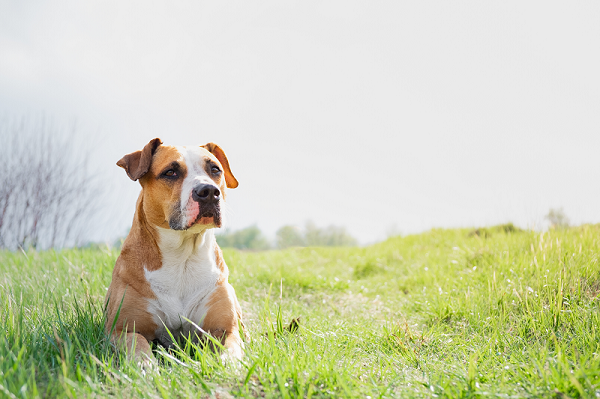 What is Chagas disease?

Chagas disease, also known as American Trypanosomiasis, is an infection that is primarily observed in Latin America. In recent years, however, this infection has been observed at various sites in the Southern United States, including Texas, Louisiana, South Carolina, Virginia, Georgia, Tennessee, and Oklahoma.

How is Chagas disease spread?

Chagas disease is spread by the bite of certain insects, including the Mexican Kissing Bug and other related insects. These beetles lay in the bedding of dogs and other animals, feeding on the animals' blood as they sleep. Dogs become infected by eating the feces of infected insects. As the insects feed on the dog’s blood, they often defecate on or near the area where they bit the dog, Dogs then ingest the feces left by the insects when licking these bite wounds.

Dogs can also become infected by eating infected insects or eating rodents that are infected with the Trypanosoma cruzi parasite. Once ingested, the Trypanosoma cruzi enter several different types of cells in the body, including the cells lining the blood vessels, the muscle cells of the heart, and other cells such as those of the liver, spleen, kidneys, skeletal muscle, and the central nervous system. The parasite reproduces within these cells, eventually reaching sufficient numbers that the cell explodes and releases large numbers of Trypanosoma cruzi into the bloodstream. This cell rupture and death cause the effects seen with Chagas disease.

Chagas disease can also be transmitted through canine blood transfusions if an infected dog serves as a blood donor.

What are the clinical signs of Chagas disease?

The clinical signs of Chagas disease are variable and non-specific. Most infected dogs demonstrate subtle signs, such as lethargy (tiredness), decreased appetite, and weight loss. In more severe cases, you may also notice more severe signs, such as fainting, exercise intolerance, vomiting, and diarrhea. On examination, your veterinarian may observe signs of heart failure, fluid in the abdomen, and lymph node enlargement.

There are three stages of infection commonly observed with Chagas disease. Each stage has unique clinical signs.

1. Acute phase: In some cases, there are no clinical signs observed in the acute phase of infection. If clinical signs are noted, they may include enlargement of the lymph nodes and spleen (due to the body's immune system attempting to fight off the infection), pale gums (due to poor circulation), decreased appetite, and diarrhea. Some dogs may experience sudden death during this phase of infection; however, most will enter the latent phase.

2. Latent phase: This phase, which typically lasts one to four months, is typically asymptomatic. Some dogs may experience sudden death during this phase of the disease, although most enter the chronic phase.

3. Chronic phase: This is the phase in which most cases of Chagas disease are diagnosed. As the Trypanosoma cruzi parasites continue to replicate within the heart tissues, dogs develop signs of heart failure. Arrhythmias (irregular heartbeat) may be noted on veterinary examination, and pet owners may observe signs such as coughing, exercise intolerance, and shortness of breath. Sudden death may occur due to heart failure. Other clinical signs include fever, lethargy, enlarged liver/spleen, pale gums, enlarged lymph nodes, and a distended abdomen.

How is Chagas disease diagnosed?

Diagnosis of Chagas disease during the acute phase is difficult. The infectious organism may be found in the blood or lymph nodes but their numbers are often so low that this technique is not reliable for diagnosis. Approximately three weeks after infection, antibody levels may be detectable on laboratory tests, however, false positives on these laboratory tests may also occur. In the chronic phase, a diagnosis of Chagas disease is primarily a clinical diagnosis based on the presence of clinical signs. If a dog dies from the condition, tissue samples taken from the patient's heart often will reveal characteristic changes consistent with Trypanosoma cruzi.

How is Chagas disease treated?

There is currently no consensus on the best method of treatment for Chagas disease. In the acute phase, several medications, including Benznidazole, Ravuconazole, and Albaconazole, have been utilized with varying success rates. Once infection reaches the chronic phase, these medications have little effect, and treatment of the condition focuses on managing the heart failure and arrhythmias that may occur. 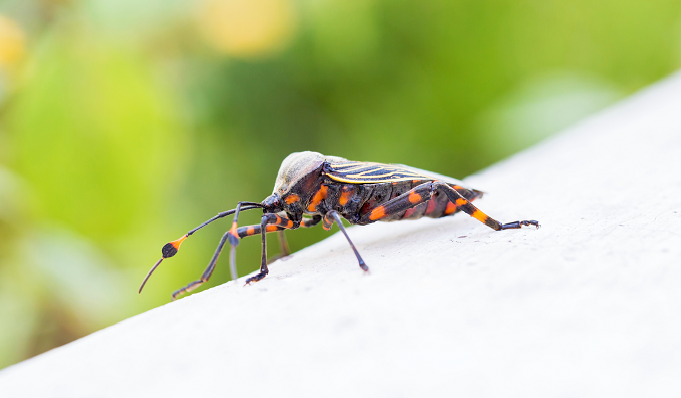 Can Chagas disease be prevented?

There is currently no available vaccine for Chagas disease. The most effective means of prevention is limiting contact with the disease’s insect vectors. For this reason, Chagas disease is uncommon in areas with modern housing and is more frequently found in rural, low-income areas. Use of insecticides such as fluralaner (Bravecto®) and afoxolaner (Nexgard®) can be used to kill the vector insects (T. infestans) before they can transmit the disease, and deltamethrin collars (Scalibor®) can reduce their feeding.

Chagas disease can affect humans if they encounter infected insects. However, there have not been any reported cases of dog-to-insect-to-human transmission of Chagas disease within the United States. All individuals living in areas affected by Chagas disease are at risk of the condition, but having an infected dog is unlikely to significantly increase that risk.

© Copyright 2022 LifeLearn Inc. Used and/or modified with permission under license.